From Biblical times people have dreamed of a Stairway to Heaven, a means of simply climbing into space. History has, until relatively recently, shown the presumed folly of such beliefs. However, the realisation of the space elevator concept would completely transform the ease and costs associated with satellite positioning, space exploration and intended future missions to Mars and beyond. Space tourism would become a reality with the space elevator concept. The construction of a space elevator is a critical requirement in mankind’s future exploration.

The focus of the project is the Base Station and the logistics, zoning, design and integration of specific elements. The Space Elevator itself is mobile, with its base acting as a large, manoeuvrable ship like form that can dock into the permanent platform off the coast of Shoeburyness, in the Thames Estuary. The Permanent docking platform acts as a large conglomeration of vital zones and would form an architectural exposition.

The London Space Elevator brings science fiction to life. The two part base station with its detachable mobile element combines ground breaking technology with innovative design whilst conforming to an intrinsically considered series of functions and zones. With the current progression in technology, coupled with the need and benefit analysis of the space elevator project, its realisation is imminent. 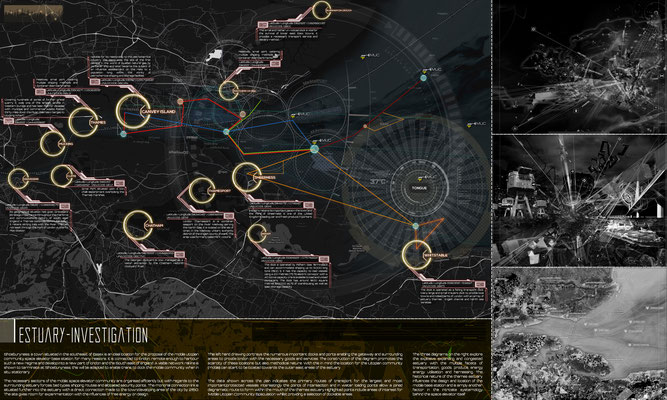 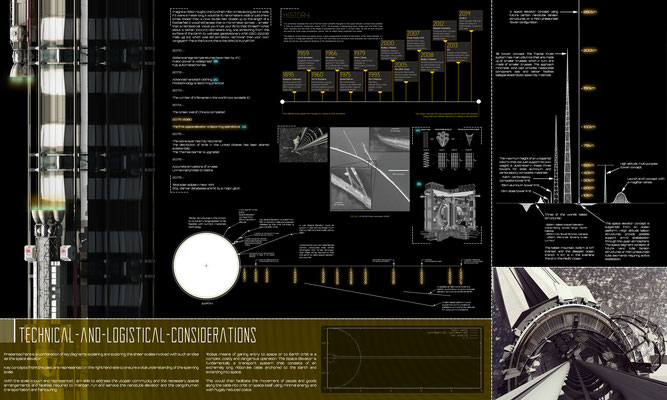 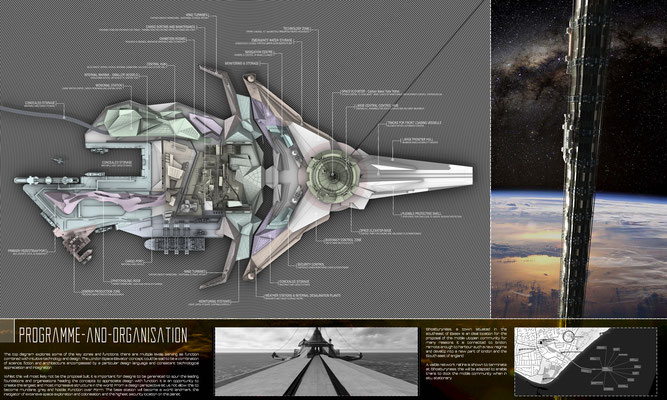 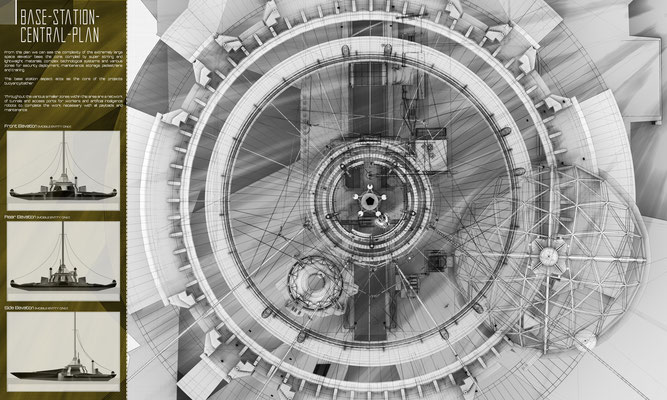 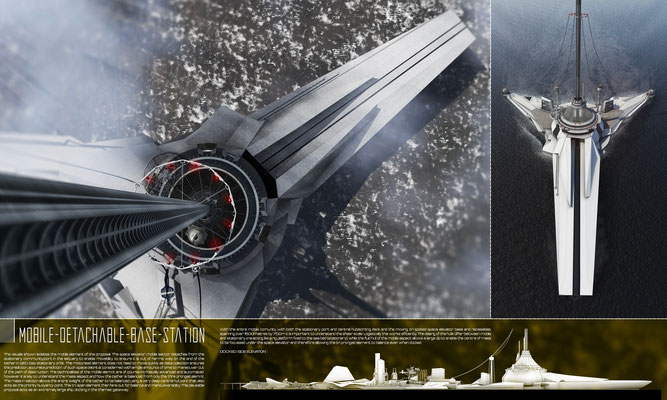 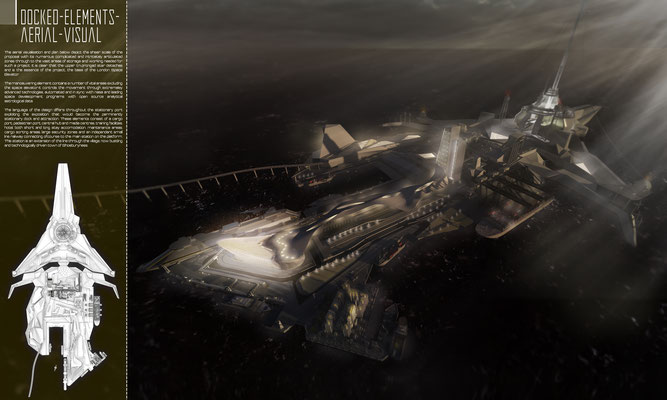 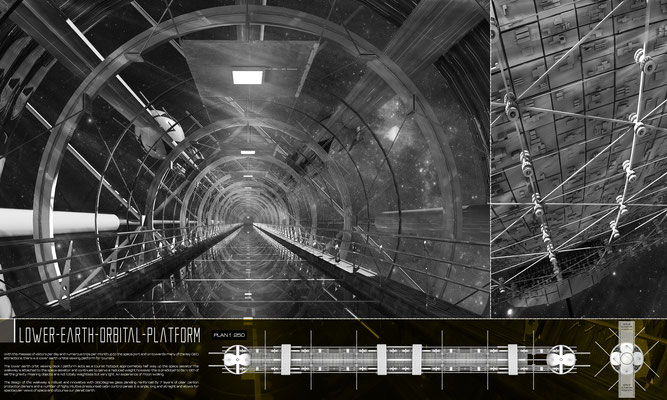 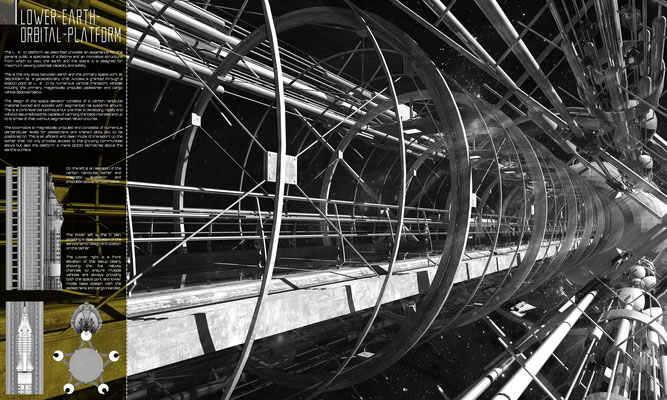 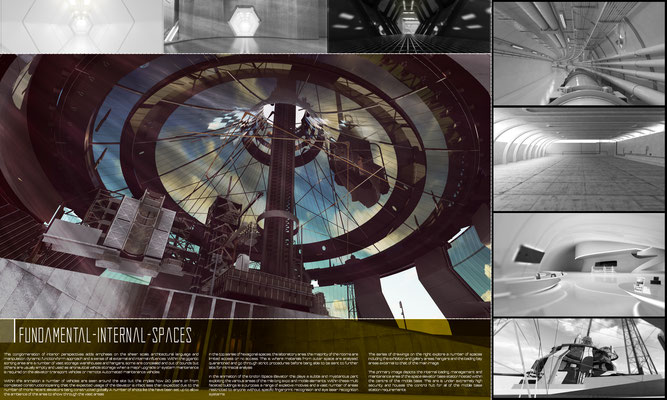 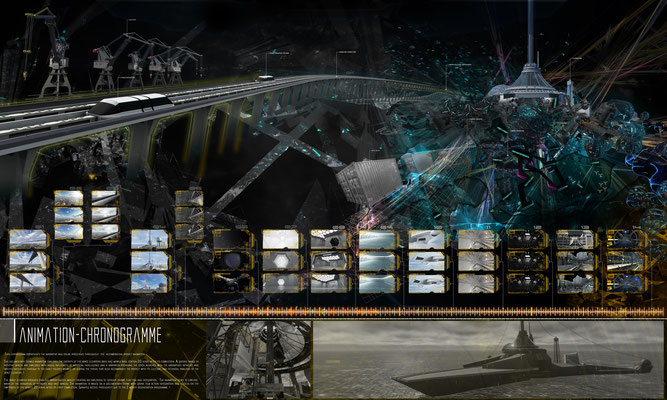